We executed a test to determine how IBM Watson Tone Analysis could impact performance through a test using Facebook’s advertising platform against a broad range of demographics within the US. We utilized a neutral, fictional product (“Ela Water”) which had not been exposed to our audience, and delivered a split-test for three different creative iterations, using overlayed copy as the only point of differentiation: one with a positive ‘Joy’ score (0.73), and two with no tone score. The test took place over the course of 7 days, and delivered more than 75,000 impressions to our test audience (men and women between the ages of 18 and 54, within the US).
Results
The two creative versions with no tone score scored significantly worse than that with the 0.73 “Joy” score, both in clickthrough rate (CTR) and cost-per-click (CPC):

Analysis
While this initial test is limited in its scope, we believe it makes a compelling case that advertising creative that utilizes positive tone presents significant improvements, both in engagement and overall cost of media. Given that by simply ensuring that a positive tone is utilized in this creative we were able to reduce our CPC by half, while almost doubling CTR suggests that benchmarking creative prior to launch could have a significant impact on media performance, efficiency, and engagement.
Implications
Assuming that these numbers hold true at scale (with limited degradation in performance), overall costs of a campaign could be reduced significantly through pre-launch creative benchmarking. As an example, if a brand had a goal of 100,000 clicks to drive traffic, the overall costs associated with each of the creative are significantly different based on their overall Tone score:

As you can see in the above table, the Joy 0.73 tone score creative presents a potential media cost-savings of between $32,000 and $38,000 over the course of the campaign.
Further Testing
These initial findings indicate a strong correlation between a positive Tone Score and media performance, and further testing is needed to determine more clearly how overall changes in tone (and the score of those tones) could impact advertising performance. For example, how a “Joy” Tone Score of ±0.20 from our baseline of 0.73 impacts CPC and CTR.


Justin Evergreen helps emerging consumer brands grow successfully online. He is an expert at helping founders and marketing leaders of ambitious brands understand and implement extremely profitable online campaigns. If you're interested in starting your own growth online or scaling up your existing campaign efforts then definitely reach out and request a free strategy session today. 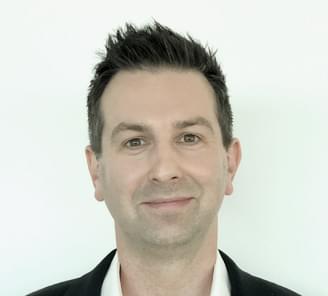